Fish, marine worms, and various predatory invertebrates zipped through the water, feeding on the coral confetti, which rose slowly from the reef in huge quantities.

Swimming near the surface of the sea that memorable night 12 years ago, Levy encountered dense pink mats of accumulating eggs and sperm. There, drenched in moonlight, gametes from different colonies began to fuse and form free-swimming larvae, which would eventually settle on the seafloor, bud, and construct new coral citadels—a process now more vital than ever. The moon is not the only environmental cue the corals use to achieve sexual synchrony on such a massive scale; water temperature and day length also matter. If the sky is too cloudy, and the moon obscured, the corals will often not spawn.

Sometimes they delay until the next full moon. In the course of their studies, Levy and his colleagues revealed that not only do corals have light-sensitive neurons tuned to the dim blue wavelengths of moonlight, they also have genes that change their activity level in sync with the waxing and waning moon, regulating reproduction. As it spins around our planet, warping space-time, the moon contributes to a complex contortion of the oceans, producing twin bulges we call the tides.

Earth does not have perfect posture; it is tilted along its polar axis, circling the sun at an angle of about 23 degrees. The moon acts as an anchor, preventing the Earth from varying its axial tilt by more than a degree or two. Without the moon, our planet would likely wobble about like a dreidel, tilting a full 10 degrees every 10, years, and possibly oscillating the global climate between ice ages and hellish heat the likes of which no species has ever endured. What is becoming increasingly clear, however, is that the moon also influences life in a more surprising and subtle way: with its light.

Most organisms possess an array of genetically encoded biological clocks that coordinate internal physiology and anticipate rhythmic changes in the environment. These clocks are wound by various environmental cues known as zeitgebers time givers , such as light and temperature. Sunlight is the best-studied zeitgeber, but it turns out that for many aquatic creatures, moonlight is just as crucial. In antiquity, the influence of the moon on earthbound life was intuited—and celebrated. Our ancestors revered the moon as the equal of the sun, a dynamic signature of time, and a potent source of fertility.

A 25,year-old limestone carving discovered in a rock shelter in France depicts a pregnant woman holding what appears to be a bison horn with the swoop of a crescent moon and 13 small notches—a possible paean to reproductive and lunar cycles. And some early Meso-American cultures seemed to believe that the moon deity controlled sexuality, growth, rainfall, and the ripening of crops. The sun is searingly bright, palpably hot, bold, and unmissable; our steadfast companion for many of our waking hours.

The moon is spectral and elusive; we typically catch it in glimpses, in partial profile, a smudge of white in the dark or a glinting parenthesis. Sunlight bakes the soil, bends the heads of flowers, pulls water from the seas. Moonlight seems to simply descend, deigning to visit us for the evening. We still perceive the sun as the great provider—the furnace of photosynthesis—but the moon has become more like mood lighting for the mystical and occult; more a symbol of the spirit world than of our own.

But nature itself has been far more impartial, especially in the oceans, where life first evolved. Numerous sea creatures also move in time with the silver pendulum of night.

Often, moonlight—independent of the tides—signals the start of a species-wide reproductive marathon. Moonlight even sharpens the visual acuity of horseshoe crabs, which come ashore on certain nights to mate. Moonlight likely increases production of the hormone gonadotropin in these fish, which promotes gamete maturation. In , neurobiologist Kristin Tessmar-Raible and her colleagues published some of the most compelling evidence of a molecular moon clock in an ocean creature.

In the wild, the bristle worm lives on algae and rocks, spinning silk tubes for shelter. The studies suggested that changing levels of moonlight orchestrated this mating ritual.


To learn more, Tessmar-Raible and her colleagues kept bristle worms in plastic boxes, feeding them spinach and fish food, and simulating typical and aberrant moon cycles with an array of standard light bulbs and LEDs. Worms raised in perpetual light or in entirely moonless day-night cycles never displayed reproductive rhythms. But worms reared with periodic nocturnal illumination synced their spawning rituals to the phases of their artificial moon.

And genetic sequencing revealed that the bristle worm has its own versions of essential molecular clock genes found in terrestrial insects and vertebrates. In similar studies, Oren Levy and his colleagues collected pieces of living corals from Heron Island reef and housed them in large outdoor aquaria, some of which were exposed to ambient sunshine and moonlight, some shaded at night to block all moonlight, and some subjected to dim artificial light from sunset to midnight and then kept in the dark until sunrise.

Each day for eight days before the estimated night of mass spawning, the researchers collected bits of corals from the different aquaria and analyzed the activity of their genes. The corals in natural conditions spawned as predicted and expressed many genes only during or just before releasing their gametes. Corals subjected to artificial light and deprived of moonlight displayed anomalous gene expression and failed to release their gametes.

Migrating chum salmon swim more quickly and at shallower depths during a full moon, likely because they are using its light as a lodestar. Albatrosses and streaked shearwaters often fly more frequently and for longer periods of time under a full moon, perhaps because they can travel farther with increased visual acuity, or to avoid lurking ocean predators whose eyesight is improved by moonlit water.

Newborn rabbit fish seem to depend on moon phases to reach safety: on the day before or during the new moon, when the sea is darkest, rabbit fish fry born in the open sea migrate en masse to the haven of coral reefs.

Even plankton move differently beneath the moon. Every day, in oceans around the world, plankton sink to greater depths, and rise again at night, most likely to avoid predation and feed in shallower waters under the cover of dark. Scientists are still not sure what drives this daily rhythm, but a biochemical clock synced to the sun is one of the primary hypotheses. During the Arctic winter, however, sunlight never reaches some regions of the ocean.

A recent study suggests that plankton living in this frigid continuous dusk rely instead on the moon. Some animals do not just change beneath the moon; they change into the moon. During the day, bobtail squid—speckled, peanut-sized cephalopods related to cuttlefish—bury themselves in sand to rest and hide from predators. At night, they emerge to feed on shrimp and worms. Having abandoned the seafloor and exposed themselves to potential danger, the tiny mollusks cloak themselves in an entirely different kind of camouflage.

Bobtail squid have evolved one of the most magical symbioses on the planet. A lens and color filter attached to this internal lantern—known as the light organ— modulate the microbial glow to mimic the light of the moon and stars filtering down through the water. In this way, bobtail squid erase their own shadow. It was part of the annual Dr Pepper Central Park Music Festival and whatever Robert Palmer may have thought, I, for one, was extremely grateful for their sponsorship, because it was one of those unbearable summer nights in Manhattan — very late summer, it was already September — when the humidity is a thousand per cent and even the most refined of ladies glistens buckets.

We grabbed the ice-cold cans that were being handed out as we left the arena and not just because they were free. On a night like that, an ice-cold anything is a lifeline [Read more Temptation is a funny thing. It crawls at your skin, making you itch for something you know is real bad for you [Read more Golden age detective fiction described and grew out of a society with rigid rules of behaviour. Sex before marriage, adultery, children born out of wedlock, homosexuality — all were shocking transgressions, quite unacceptable to respectable people. In this context, the point about all these and other time-expired embarrassments is that they made plausible motives for murder [Read more Saika had always planned on getting married in white instead of the traditional red favoured by brides in India and Pakistan, but when the time came, the lehnga she fell in love with was the colour of the ripest tomatoes.

Well, she was overcooked, overdone, aged, mouldy, or whatever it was a girl became once she passed the upper marriage age-limit of twenty-seven.

Maureen drew back the curtains and stepped out into the studio. Pat had the gown wrapped tightly around her, and the photographer was stooped over the camera, his back toward them. Martin put his head to one side and stared at her. Pat did her giggle again as she walked past to the changing cubicle. But Maureen stood still, unsmiling, chin raised, hands fisted by her thighs. 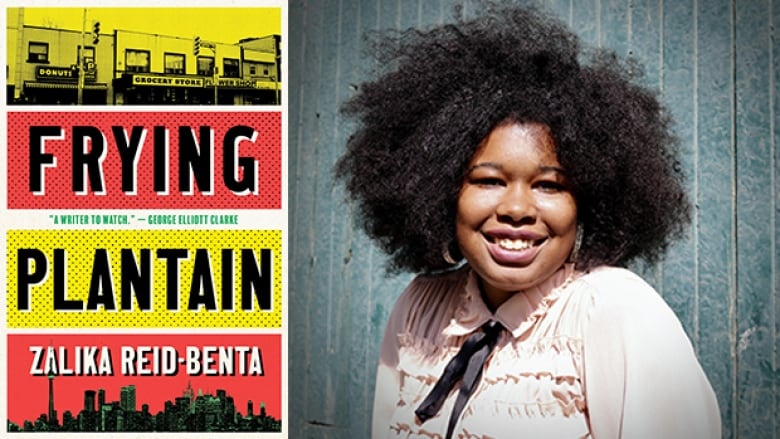 She waited until she heard the swish of the curtain behind Pat. He lifted the camera, put it to his eye and clicked. Then he reached across and with the lightest touch of his fingertips, he ran them across her cheekbone, backward and forward. A butterfly kiss.


It really all began in June, quite fresh still in my memory, although the sad events had been building all year, like layers of stone in an old barn wall. Come June the meadow grasses were growing up good and strong through that stonework themselves: sweet vernal, fox-tail, brome and rye, wild oat, cocksfoot, timothy.